Distinguish Your Brand. Transform Your Business.

We help brands tell their stories across North and South America. By investing in strategy, design, branding and the right marketing and public relations efforts, you’ll grow your business. With Richard Hahn & Associates, you’ll reach the appropriate targets through the proper channels and get the best results. 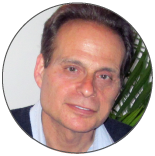 Richard Hahn has been involved in public relations, marketing and business development strategies for over 30 years, beginning in a New York City ad agency that specialized in the financial community. In 1989 he was hired as editor to launch a new security publication.

The experience in the industry provided the impetus to establish Richard Hahn & Associates in 1994 in which he built a client base consisting of many large players as well as smaller companies and start-ups. In 2007, he relocated to Bogota, Colombia. Fluent in Spanish, he has given conferences on marketing, public relations and social responsibility.

Apart from work, Richard has been engaged in many social responsibility initiatives.

Based in the United States and Latin America, Richard Hahn & Associates is a leading international business development, public relations and marketing agency.  We know the language and culture for both continents so you´ll have one source to implement the tools you need to reach your business goals.  RH&A partners with our clients to craft high-impact solutions that drive business growth in both continents.

Whether you’re marketing a service or a product in the U.S. or Latin America, you need strategic and effective expertise.  Our services are designed to to drive business growth and positive outcomes for your company.

While it is tempting to jump right in and promote your company, it is always better to plan ahead. We’ll help you develop a strategy and implement it the right way.

A professional website is absolutely essential and your site is usually the first place they come to learn more. RH&A will create a site that will reflect your brand and help you meet your  business goals.

RH&A will help develop your brand, which will define your company and set it apart from the competition. You’ll always have a  consistent, professional image.

A quality marketing strategy is designed to make sure you succeed. Our services include newsletters, e-mail campaigns, blogs,  advertising and much more.

Let’s Get in Touch

Tell Me About Your Business